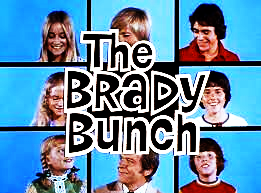 Here's the story ... of a man named Brady, an architect widower with three sons: oldest Greg, middle son Peter and youngest Bobby. He meets and marries Carol, with three daughters of her own: oldest Marcia, middle girl Jan and little one Cindy. Tending to them is a wacky maid named Alice. They all live in a four-bedroom, two-bathroom house in the Los Angeles suburbs. The story lines deal with boy problems, sharing bathrooms, lost hamsters, the occasional football to the nose, and attempts at pop music stardom.

Description:
The Brady Bunch 50th Anniversary party! Tickets include dinner, dancing, Brady episodes and a no host bar. Come in your 70's attire.

STAY IN THE LOOP